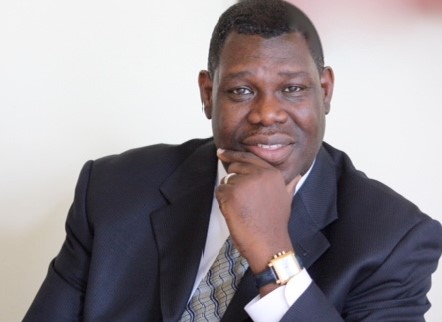 Carlis L. Moody, Jr., is a singer and songwriter who is keeping the spirit of traditional gospel music alive. He has written over 100 songs. Over the last 2 decades he penned chart-smashing songs for traditional and contemporary gospel artists such as, Shirley Caesar, Olanda Draper, Babbie Mason, Melinda Watts, J Moss, Excelsior and Milton Brunson & the Thompson Community Singers.

Carlis L. Moody, Jr., is active as a choral conductor, director, writer, composer, arranger, clinician, and pianist, who teaches throughout the United States and abroad. He has taken his compositions to over 39 countries and they are heard all over the world. At age 16, Pastor Carlis was appointed Music Director at Faith Temple Church in Evanston, Illinois. He faithfully served in this capacity over 30 years.

Pastor Carlis has 4 Grammy Award’s to his credit, one of which is for “Through God’s Eyes”, 2 Stella Awards, 1 Gospel Music Workshop Award and numerous awards for legendary songs like “I’m Available To You” recorded by the Milton Brunson’s Thompson Community Singers. He is a recording artist and has participated in various Chicago Festivals. He has performed a numbers of his compositions with the Memphis Symphony Orchestra. He has trained College Choirs at Southern Illinois University, NIU, Oklahoma State, University of Minnesota, College of Lake Forest, DePaul University, and Northwestern University (NCE).

In addition to his musical accomplishments, he is an entrepreneur and anointed preacher of the Word of God. He attended North Central Bible College and a number of other Universities, and is currently pastoring Faith Temple Church of God In Christ, founded by his father, the late Bishop Carlis L. Moody, Sr. He was the husband to the late Paulettea Moody and he is a devoted father to their four children.